Is this distance learning stuff working?

We have now been in distance learning mode for between 4 and 6 weeks (depending on whether or not things stopped for the 'term break'. For Hornby High School students we offered up work for the break, but still treated that 2 weeks as a break before proactively seeking to re-engage. I first priority was hauora and relationships, and only after we'd focussed on that did we shift to more traditional 'back end of the curriculum' learning. We continue to maintain a focus on hauroa, with Deans monitoring student wellness though regular contact via Wānanga and Form Teachers.

I have taken some time to think about what I may be seeing, and have developed a hunch, a working hypothesis if you like. The hunch is based on a small amount of observational data only. Our staff are collecting engagement data each day, each week, and at some stage soon I hope I may get the chance to take a more detailed look at it to see whether or not it bears out my hunch.

We can divide our learners into four groups.

Groups 1 and 2 seem to be engaging as they usually do.

Group 3, so often disengaged 'at school', is now engaging in greater numbers and with greater enthusiasm, because the distance learning paradigm gives them more of the agency that they want. Without someone standing over them saying 'do your maths now', they are more likely to engage in their maths when it suits them, and just as successfully if not more so than they do in the conventional 'school' setting.

Group 4 continues mostly to be disengaged, and I stress through no fault of their own.

I also want to stress that this is my 'hunch', this is what I think I may be seeing emerge as a first set of outcomes from our distance learning.

Now teachers across the country are quite possibly saying that they worry because of the lack of engagement evidenced by attendance (or not) at GoogleMeets (especially with my Group 3). I have anecdotal reports of attendances on class GoogleMeets ranging from 2 out of 25, to 25 out of 25, in various class and year groups. However I would like to suggest that we are fundamentally wrong in our assumption that when students are present in front of us they are fully engaged .

There is a research backing for this. In a longitudinal study (one that takes place over a long period of time) the late Professor Graham Nuthall (University of Canterbury) conducted some powerful research in which he and his team 'wired up' students and recorded what they were saying during their classes. The results were published posthumously as The Hidden Lives of Learners . 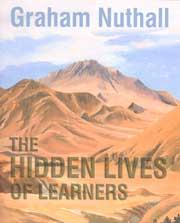 One of the profound findings was that even when present in class, levels of student engagement are far lower than teachers think. So we shouldn't assume that things are worse in this virtual environment than they were in the physical environment.

In fact my hunch is that many students in Group 3 are better engaged and are in fact thriving in this environment because of the agency that they now have. They were not thriving before.

That still leaves us with Group 4, and their loss to the system, while not new, still drives ongoing inequity in society as those children fail to access the education that could liberate them from their status. The very cool thing is that (again anecdotally) we have students from that group too who are producing some amazing work in the distance learning state when they were NOT doing so even when they are physically present at school. It seems that it is whānau support that is the critical success factor for this group. Mind you that it is probably the case with most learners.

Much of this has been made possible because of our 5 year engagement with The Manaiakalani Programme. The underlying 'Learn Create Share' pedagogy, the benefits amplified with the use of digital technology, has been a true tāonga for our learners AND our teachers. The transition to the distance learning paradigm has, I suspect, been much easier for our amazing team because of the preparation that they have participated in over those past 5 years. Their familiarity with digital tools has been a wonderful enabler.

So, is distance learning working? My hunch is that it is definitely not delivering anything worse than we had before, and it might just be delivering more engagement and therefore, over time, better learning for our rangatahi. We'll look at the data over the next little while, but I think we need to get used to this 'distance learning'.. not only might the pandemic mean that it is with us for a while longer, but I suspect it offers opportunities that benefit a greater proportion of our society than we ever did before.

Education is not for the privileged few, those who have traditionally been the 'winners'. It is for everyone. And as a society we cannot afford to write off a significant proportion of our talent. We need EVERYONE enabled to be human and to contribute to our collective wellbeing.

Never waste a good crisis. BRING IT ON!!!