Previously we had thought of knowledge as facts, as 'knowing stuff'. How many millilitres in a litre? How to decline french verbs? Solve a quadratic equation? Most of us have our memories of what 'knowledge' was meant to be. 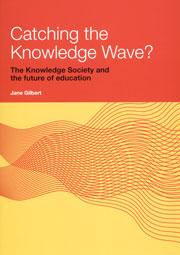 But in 2005, in her book 'Catching the knowledge wave', Jane Gilbert redefined knowledge. No longer was it just knowing stuff, it now incorporated the idea of doing something with that stuff. In her words, 'knowledge' became a 'verb'. This was a fundamental ground shift in the educational landscape. I like this precis of the book:

If this book were a film, it would be rated M—with a caution that "some viewers may be disturbed by some scenes." In Catching the Knowledge Wave? Jane Gilbert takes apart many long-held ideas about knowledge and education. She says that knowledge is now a verb, not a noun—something we do rather than something we have—and explores the ways our schools need to change to prepare people to participate in the knowledge-based societies of the future.

I was prompted to set out my thinking by a recent blog post from American educator Eric Shenninger, titled 'The Purpose of content'.  Eric's post also makes it clear that we are not devaluing knowledge, in fact far from it.

The New Zealand curriculum lays out its foundations with its five key competencies :

All three are important. We know from the work of others that soft skills are vital to our future.  My focus here though is 'Thinking', specifically critical and creative thinking. Having taught economics in the NCEA framework between 2002 and 2016, my professional opinion is that thinking is the key to the work that I did in class, and the foundation of excellence in the qualification.

But there are those critics who say that NCEA devalues knowledge, that we no longer teach 'stuff' to pupils. Let's go back to Jane Gilbert's 2005 work: knowledge is no longer just facts and skills.

You can't think in  a vacuum, you can't think without knowledge and skills. So it's not that content doesn't matter any more, it's that content is no longer enough. Modern society now needs and demands so much more from people than it did fifty years ago. Paraphrasing Jane Gilbert, today we need to 'know stuff', AND we need to be able to 'do something with that stuff'.

And here we are back again to our hardy annual theme: 'Learn Create Share'. Create means doing something with what you have learned. The value of that is the sharing with others. And all too often there is an assumption that 'Learn Create Share' is a strictly linear process. It is not. In a previous blog post I made the point that it is a messy business. As students engage in  'Learn Create Share' they are 'all over the place'. That is, these three components of learning may happen in any order. It may be that we begin with the act of creation, and sharing, and then on the basis of that sharing with an authentic audience and the associated feedback we learn something new. It could indeed be that we learn something new, and on the basis of that, we create and share. We could equally share some thinking, learn something new from the real world feedback, from which we create something which for us is quite new.

'Learn Create Share' gives us a practical pedagogical framework with which to address Gilbert's redefinition of knowledge.

One thing is for sure, content as in facts and skills is still as important as it ever was. But it's just no longer enough. If as a kura we are to make real progress towards our vision as 'A centre of creative excellence', then we need to embrace the new concept of 'knowledge', we need to accept that knowledge is a 'verb', not  a'noun'.