A defining question in focussing on creativity

Recently I was listening to a Radio New Zealand interview with a guest discussing leadership. In the interview was a discussion about what created successful organisations. One specific example really caught my attention, and it was the strategy used by Sir Peter Blake in engineering back to back America's Cup wins for Team New Zealand. 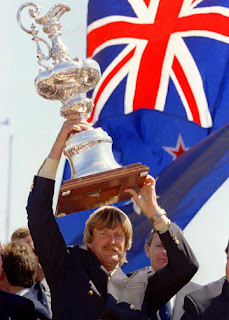 
Here is a lovely description I found on the web:

But Peter Blake was a practical New Zealander and a veteran of ocean sailing and racing so instead of fancy spread sheets and performance metrics, he focused the team on one single strategy:  Will it make the boat go faster?
Every decision was evaluated against that one simple, yet holistic and powerful statement.  The team began to rethink everything they knew about sailing and racing with this one strategy in mind.  Training and team composition changed, equipment size and weight changed, sails changed.  Even the crew comforts were looked at through the eyes of “will it make the boat go faster?”
The results, real team spirit, alignment and focus, and back to back wins in 1995 and 2000.

My question is what our Hornby High School equivalent might be.

I think it is "Will it foster creative excellence?" Perhaps this is a question we should ask of every single thing we do. If aspiring to be 'a centre of creative excellence' is the vision, then why would we do anything that didn't ultimately support the achievement of that vision?

Our vision for Hornby High School ('A centre of creative excellence') is pretty big. Trying to get there could be likened to trying to eat an elephant (not that I am suggesting really eating these beautiful creatures.....) 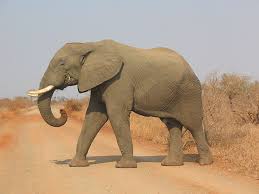 How do you do that?" Well - one bite at a time, of course. So we broke the vision down into three strategic goals, one of which is "To foster inspirational, risk taking and enterprising leadership in all members of our learning community".

This goal generated a lot of questions when it was first revealed, and in our own minds early justification lay with the idea that successful people are prepared to give things a try, to take a risk, and be resilient enough to accept failure. This left unsaid the idea that there is a basic relationship between risk taking and creativity, something I made reference to in an earlier blog.

This notion of risk taking can be thought of at two levels. The first is the need to take risks to generate new ideas. In a delightful article about Albert Einstein and risk taking, author Steven Kotler suggested: 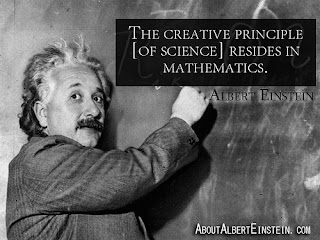 When the brain encounters unfamiliar stimuli under uncertain conditions—especially when those are dangerous uncertain conditions—baser instincts take over. As a result, brain’s the rational extrinsic system is shunted aside in favor of the intuitive creative system.  Simply put, in an effort to save our own butts, the brain’s pattern recognition system starts hunting through every possible database to hunt up a solution.

So risk is essential to the creative process.

Risk can, I think, be seen in another way too, one very relevant to most us, and especially to teenagers and education. The simple act of sharing something we have created feels very much like taking a risk. The risk comes from the fear of criticism, the fear that others will 'bag you' because what you have produced isn't good enough.

Here is a personal example. In my recent ANZAC Day address at the local Hornby service, I read a poem (a villanelle, to be precise - see if you can spot the pattern that gives it this form). People in the audience commented afterwards that they enjoyed it. What I didn't say at the time is that I wrote this in 2010.

For reference, here is the poem:

What are we remembering?

Oh Glorious acts beheld in history's gaze
In written tomes of acts performed when brave men fought,
Tales abound of men gone past before their days.

Such chronicles of deeds are writ in bloody ways,
From writers who with backward glance their stories wrought
Oh Glorious acts beheld in history's gaze.

Speakers voice with rapture acts that daze
In ways that prompt imagining and thought,
Tales abound of men gone past before their days.

Ghosts of men long gone absorb the praise
Although 'twas not the act their actions sought,
Tales abound of men gone past before their days.

Sunrise welcomes new remembrance days
Do we march each year because we ought?
Oh Glorious acts beheld in history's gaze
Tales abound of men gone past before their days


On reflection it's interesting that, despite my age, I was slightly fearful of revealing that I was responsible for this act of creativity. How then do we expect teenagers to feel? As school Principal, as the one privileged to lead and be a part of such a wonderful team and such a wonderful community, surely I should be prepared to do what I expect others to do?

All of this I write to support yet again the 'Learn, Create, Share' pedagogy, the pedagogy that is the foundation of the Manaiakalani programme that underlies our approach to learning at Hornby High School. This is why we identified promoting responsible risk taking as a fundamental part of the plan to become 'A centre of creative excellence'.

The act of sharing is by its very nature an example of risk taking (think about how I might feel having just published  a poem I wrote seven years ago). This is what we are asking of our young people. And so the act of sharing should stimulate even more creativity. It's not a one way relationship.

Having written all of this, maybe we need to challenge the suggestion I have made about responsible risk taking too. Maybe creativity is stimulated even more in the brains of those teens who are prone to hurtle downhill on their mountain bikes, or throw themselves into a tackle on the league field with everything they've got. If we believe what Kotler said in the article I referenced above, maybe the bigger the risk the more we unleash the creative power that lies within all of our minds.

Maybe bullrush should be mandatory in the school playground? Maybe climbing apparatus in school adventure playgrounds should be higher still?

But I never said that.

Aligning pedagogy and buildings for creativity and excellence

It was Sir Winston Churchill who said 'We shape our buildings; thereafter they shape us". We have completed detailed design, the contracts have been let, and the contractors are on site for our (almost) complete school rebuild.

We have taken our time to think carefully about the pedagogy that we think should drive learning at Hornby High School. Remember that 'pedagogy' is just a piece of jargon meaning 'how we cause learning to happen'. Our pedagogy is best described by these three words 'Learn Create Share'. - the pedagogy of Manaiakalani. From that we chose to make our mission to be 'A centre of creative excellence'. How have we tried to make the built environment reflect that vision, and that pedagogy?

Our first desire was to try to make the school (well the school entrance) as little like a school as we could. That was the second thing I ever said to the architects, and this is the result - the Waterloo Road entrance to the school as it will appear later in 2018. Why did I want that? If we are to succeed in engaging whanau and community, we have to break down the barriers that many may feel based upon their own often less than inspiring experiences of schools in decades past. I wanted to make sure that the architecture would present the least barrier possible.

The next question was - how can we create buildings that support creativity?

In it's most obvious form, in our specialist teaching spaces we have placed the creative arts at the centre of those spaces, with sciences, foods, and technologies placed physically around them.

It seemed obvious to us (and the architects) that creating 'functional adjacencies' (don't you just love that jargon? It means making use of the cross-overs or common elements between different departments) would more likely support teacher and student collaboration. So we placed these subject areas together. We want staff AND students to share their ideas around the creative process. 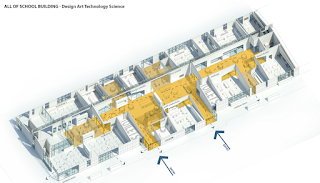 In the more general teaching spaces we have created a mix of small and large spaces that support student collaboration (working together). We have also made sure that there are plenty of spaces that will support student activities creating .. well, creating 'stuff'. So our 'learning hubs' as we currently refer to them will all have areas suitable for lower end sciences, arts and technologies. By 'lower end' I mean those that require less in the way of specialist equipment rather than meaning less demanding. It's all demanding. Our aim is to support the process and the act of creation, whether it be in drama or foods, electronics or painting, chemistry or physics. 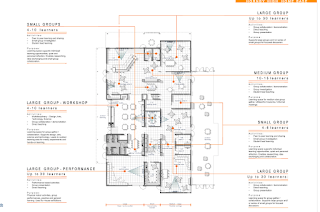 All of these spaces surround a whare and a central courtyard. We are a community, a community that values and respects its cultural origins, and its need to work, live and play together. 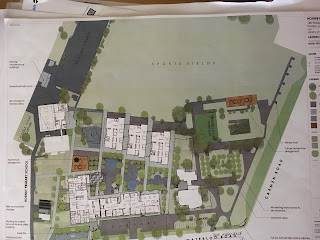 Our current challenge is to reshape our pedagogy, those approaches that we use to cause learning. We see this as a step by step process. While schools elsewhere in the world have done this, we cannot expect to simply copy their journey and their solutions. No-one has done this before in our Hornby secondary school community, we have to develop our own solutions, our 'Hornby Way' if you like.

The basis for excellent achievement right throughout the school is the development of high level skills in the junior school. One of the strategies we are using to improve those skills at the junior level is to extend our 'connected curriculum' from Years 7 and 8 into Years 9 and 10.  The highly successful business kete, and arts kete, developed and run in Years 7 and 8 are being pushed out to Years 9 (2017) and 10 (2018).

A very successful trial in project based learning in 2016 is being further developed in 2017.

We are trying to take more learning risks; progress never occurs unless we are prepared to take risks. Our third strategic goal is "To foster inspirational, risk taking and enterprising leadership in all members of our learning community". This goes for staff as well as students. And just as for students so it has to be said for staff that 'it's okay to fail'.

We are pushing hard to develop the use of digital tools in our students' learning. Digital tools are acknowledged as an accelerator of learning, as long as they are used with new pedagogies. Using new technology to do what we have always done is, as Alan November would say, simply creating a $1000 pencil. The evidence being accumulated by the Woolf Fisher Research Centre out of Auckland University supports the belief that the technology, combined with the Learn Create Share pedagogy, is an accelerator. Actually it's more than that, it's a game changer for our learners.

So we have shaped our buildings, and we are shifting our pedagogy. When the first of our new buildings is opened in later 2018 we'll enter that phase where our buildings will shape us. We will make yet another step along the path of our journey to become 'A centre of creative excellence'.

Posted by Robin Sutton at 17:18 No comments: